Journalists are busy and getting their time has always been a challenge for PR professionals. A recent report by PR management platform, Propel, has found that journalists only responded to 2.66% of the nearly 500,000 pitches sent through the platform in fourth quarter of 2022. This is a 20.6% decrease from the previous quarter which saw a 3.35% response rate and represents the continuation of a worrying, year-on-year downward trend in journalist responses to pitches from PR professionals.

According to its latest release of its first quarter 2023 Propel Media Barometer, while many journalists were on vacation for the December holidays, this is likely not the reason for the low responses. In fact, the fourth quarter of 2021 saw a 3.23% response rate, the report said.

However, the significant decrease in the number of responses coincides with mass layoffs seen in the industry with major outlets shutting down. Meanwhile, on the PR side, the study added that there are more PR professionals than ever before.

This is the most dramatic fall in journalist engagement since the Propel Media Barometer launched in 2020 - this comes on the heels of mass newsroom layoffs, signaling that PR professionals must shift strategies. Zach Cutler, Propel co-founder, CEO and chairman said the most recent, significant decrease in pitch responses points to a worrying trend in the industry, leading many to wonder how much farther responses can fall before hitting the bottom.

Average time to open a pitch 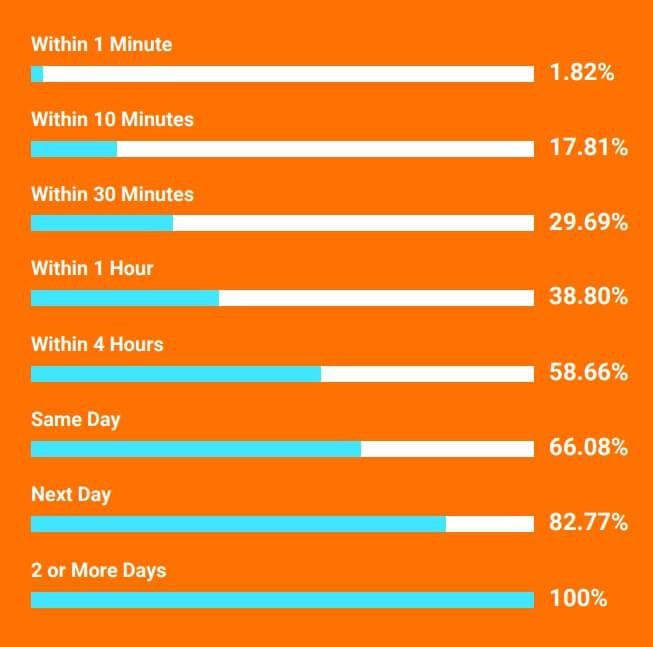 On the bright side, the study also found that as of the fourth quarter, journalists are still opening the majority of pitches they receive within one hour of them landing in the inbox (54.79% of pitches).  Moreover, people in communications are doing all they can to give the journalists shorter, easier to read pitches, they want, with a 33% increase in the number of pitches with subject lines of between six to nine words. There is also a 30% decrease in the number of pitches with subject lines between 10 to 15 words. Shorter subject lines receive open rates of 2.6% and the longer ones of 2.03%.

Generally, pitches with body lengths between 50 to 150 words had nearly double the average overall response rate at 5.06%.

Given how large this word count is, Propel believes that PR pros were pitching full, contributed content articles to drive up the number of results for their clients for the end of the year.

However, this presents a disconnect with PR professionals given the most pitches are being sent on Wednesdays, with 26.17% of all pitches being pitched on this day (and 21% of all replies happening on Wednesdays).

For the first time since the Media Barometer began collecting data, Mondays were the day with the second most pitches sent, with 26.09% of pitches going out on the first day of the workweek, and even garnered the second highest share of total replies, at 22.05%. Journalists responded to the most pitches on Monday (23.23% of pitch responses), which stands out compared with our previous barometer report showing that journalists to the most pitches on Wednesday in Q3.  Only 12% of all pitch responses come in after three days have passed from the journalist receiving the pitch.

Yet despite the lower journalist response rates, those which were responded to were answered 1.5% faster than in Q3 of 2022 on average, with 39.71% responded to within one hour, 60.01% within four hours, and 66.58% of responses happening the same day a pitch was sent out. While the majority of pitches that result in published articles convert in a matter of three days, approximately 11% of articles published take more than a month to convert.

Cutler added that the number of freelance/micro journalists, bloggers and new media outlets continues to grow. “Navigating the rapidly shifting brave new world of media is becoming more complex by the day, but also presents great opportunities. By shifting their mindset and leveraging new technologies into their workflows, PR professionals can rest assured that not only can they still be successful, they can actually be more effective than ever before.”

8 ways to not put off journalists when you pitch
Study: Only 3% of PR pitches get a response
Pitch rituals: Agency heads on celebrating (or picking themselves up) after a grueling pitch
SG sees slew of social media pitches by govt bodies, but which platforms pay off?
Before we start the year in full force, here are 6 principals to get our pitch ethics right