To read the full article, simply create a login account via the link below. Thank you for supporting our newsroom!

One of the biggest trends over the next few years is what is called Web3 or Web 3.0. We see more and more signs everywhere that show us that we are starting to evolve towards what is supposed to be a more decentralised Internet, more robust, more secure and above all more equitable Internet. However, what does this change consist of and what is it exactly? What does it mean concretely for brands or agencies to operate in the future Web 3.0. More specifically how is it possible to prepare yourself today and take advantage of this technological revolution?

A little bit of history to start

Web 1.0 which corresponds to the Internet that we knew between the beginning of the 90s and until around 2004 was mainly composed of static webpages within which we could not really interact. Then gradually came a whole series of changes and innovations that have made it possible to create dynamic, interactive and more collaborative websites with the appearance of smartphones, social networks and cloud ecosystem.

A whole new industry and business have appeared with web giants such as Google, Facebook, Amazon, Baidu, and Tencent: offering new ways to shop, have fun, search and connect. All of these companies have contributed to creating what is called today the Web 2.0. which is already a fantastic evolution of Web 1.0, and fulfilling a lot of our needs today.

Still, a real alternative in terms of new technology appeared with the invention of bitcoin in 2008. Only up until 2013 did we truly understand the revolutionary power of blockchain technology. This is where we started to see appearing step by step the first bricks of what will become the basis of a decentralised internet or Web 3.0.

How Web 3.0 works and what are its implications

So the transition from Web 2.0 to Web 3.0 is quite simple, it’s the gradual replacement of the different functions and the different parts of the Internet with new forms that are decentralised.

Whether it is for file storage, databases, web servers, web browsers, streaming services, web infrastructure, web applications, domain names, data indexing or even connectivity; each of these parts collectively forming the internet of today, can and will probably be replaced by a decentralised alternative. 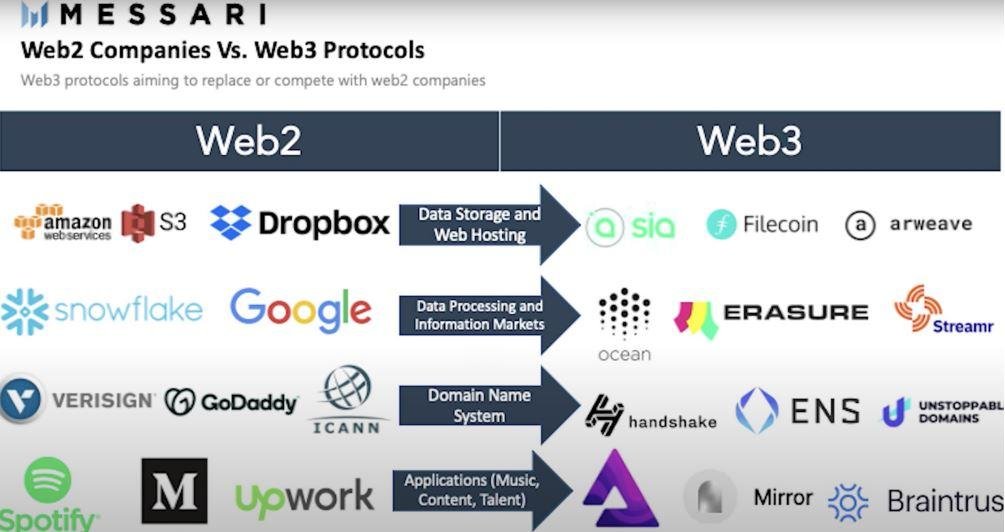 Video streaming is no longer done with classic CDN but with blockchains such as Theta or Aioz. Finally, the applications we use are no longer Spotify, Twitter or Facebook but decentralised alternatives called dApps i.e. applications and protocols that run automatically without the need for a trusted intermediary.

Blockchain and tokens at the heart of this technological revolution of Web 3.0

The use of tokens or cryptocurrency as a unit of value for these platforms provides a real motivation to participate in the security of the platforms and contribute to decisions. Also, the presence of the tokens makes it possible to align all the actions and decisions of the participants within the network and promote its development together. 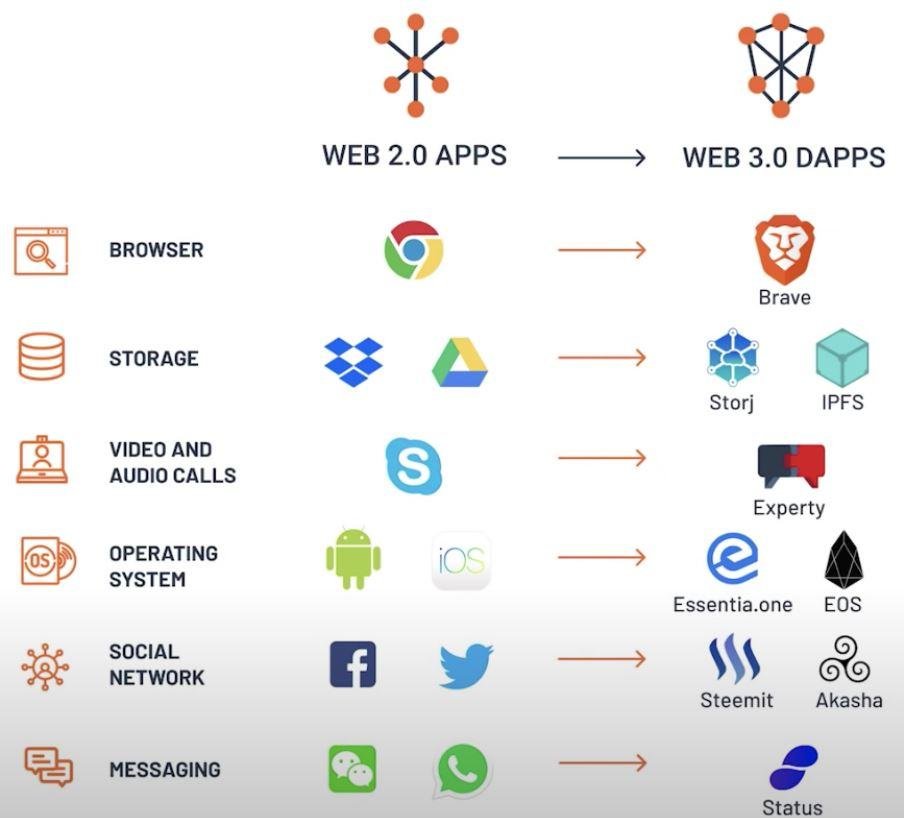 Therefore Web 3.0 is a revolution on the Internet itself but also in the way we use the Internet. So, how can we prepare ourselves as brands and agencies for this revolution, especially since as we have seen how Web 3.0 will affect all parts of the Internet?

It is important to ask ourselves the above question as there are plenty of different ways to be prepared for Web 3.0, but with over 10,000 cryptocurrencies/tokens in circulation, it's hard sometimes to know where to start.

You can start by getting yourself immersed in what we call tier one blockchains which provide platforms for creating the apps of the future. The best-known platform is, of course, Etherium but that's not the only one there are many other actors gaining ground such as Solana, Cardano, Avalanche, Fantom and Harmony.

Then you can choose to take an interest in decentralised file storage solutions such as Filecoin Arweave or Siacoin. You can also look at platforms such as Akash, StackOS or Aleph which offer services similar to the current cloud so storage and hosting services but decentralised.

Then, if as I expect we are heading towards an internet that will be multi-blockchains, you can also choose to take an interest in interoperability solutions between different blockchains such as Polkadot, Cosmos and Nervos. You can also choose to look into API and data, indexing solutions or exchanges of information between different blockchains or between the real world and the world of blockchains, with projects such as the Graph or Chainlink.

Overall what we need to understand is that there are a large number of industries that will probably be completely transformed by Web 3.0. The most obvious example is the whole sector of decentralised finance or Defi. Defi, NFT, gaming, crypto and metaverse innovations are all examples of Web 3.0 use cases.

All brands have a real interest in exploring the potential of each of these innovations, and this is my personal opinion: there will still be many more to come.

A whole new Internet and philosophy

It's not just a completely different technological architecture, it's also a completely different philosophical approach that has the potential to solve some of the problems of today's internet. You could even say that with Web 3.0 we could finally get the internet the world deserves. It is also the appearance of what is called internet value, an Internet where you can actually hold and exchange digital possessions but also invest and own part of the value of the system.

What is brilliant is that all these changes are only possible thanks to the invention of several basic bricks (blockchain) which did not exist before and which will allow this internet revolution.

The writer is Ramzi Chaabane, MD at Stink Studios.