Knowing who to call in an emergency can be the difference between life and death; and no one is more aware of this than the SCDF.

Since 2017, the SCDF has put in place a tiered response framework for its Emergency Medical Services (EMS) so its medical resources can be best channelled to respond to cases that need medical assistance immediately while reducing the number of non-emergency and false alarm calls.

The SCDF embarked on an extensive publicity drive to educate the public about the difference between emergency and non-emergency situations, and which number to call when facing an emergency medical situation.

The videos resonated with both young and old alike. More importantly, they helped decrease the number of non-emergency and false alarm calls made to 995 by 1.8% and 15.3% year-on-year, respectively.

The catchy lyrics of the rap jingle had stuck, but the challenge of public education continued to evolve.

In 2021, the number of non-emergency calls increased by 2.4%, mainly because of the increase in COVID-19 cases. As Singapore entered a new phase towards living with COVID-19, it became even more important to reiterate the EMS’ key message about the difference between emergency and non-emergency situations to give priority to those in dire need of SCDF’s EMS response. 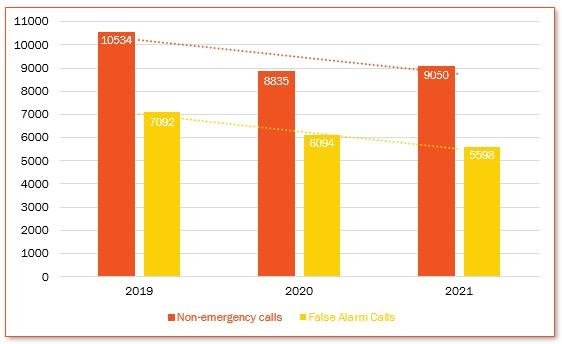 The total number of non-emergency and false alarm calls to 995 has been decreasing.

A successful public education campaign must first overcome a lack of awareness and understanding to drive the desired behavioural change.

While the 2019 and 2020 rap jingle videos helped raise awareness of the non-emergency hotline 1777, [email protected] needed a different approach to drive home the public’s understanding of emergency and non-emergency scenarios while still leveraging the success and familiarity of the original campaigns.

Using the same three-pronged framework – “Make It Right, Make It Magic, Make It Work” – [email protected] again teamed up with SGAG to create longer-form content, an entertaining game show which provided ample time to educate the public on how to differentiate between emergencies and non-emergencies.

In a first-of-its-kind SCDF variety show, Annette Lee reprised her role as an SCDF paramedic. She posed various medical scenarios to other SGAG personalities who had to assess if the situation was an emergency or non-emergency. The detailed explanations of each medical scenario also served to help people understand why it was considered an emergency or non-emergency.

While the game show format was new, it utilised the same formula as its 2019 and 2020 rap jingle – humour and entertainment – to drive memorability, virality, and recall. The game show was well-received by audiences, and the paid media strategy successfully delivered 19 million impressions, 1.7 million views, and 332,000 clicks.

SCDF’s YouTube channel also received more than 658,000 views and earned media achieved over 101,000 engagements. This translated to an ROI of 17.7% – double that of a standard media campaign. 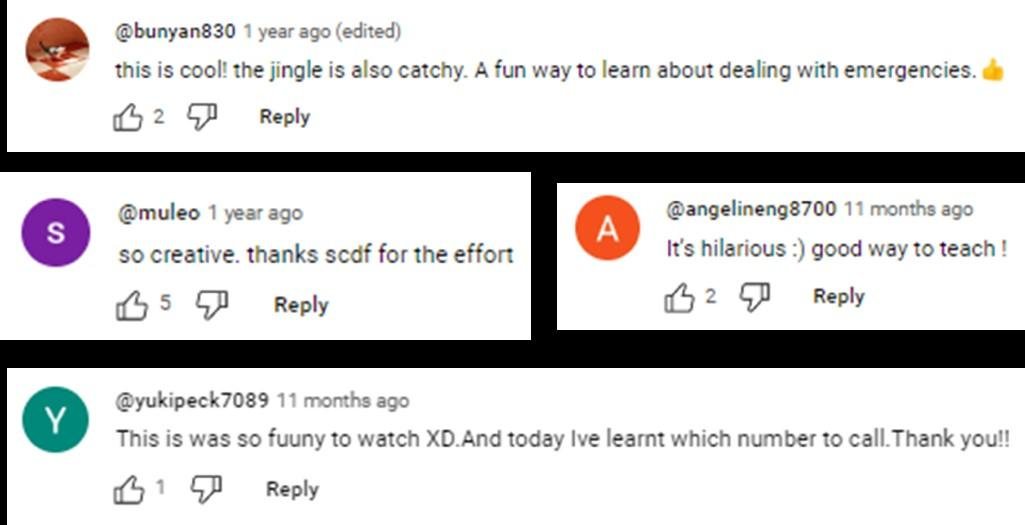 In a recent survey conducted by the SCDF, it found that:

According to the SCDF: “The number of non-emergency calls in 2021, in light of the COVID-19 pandemic, could have been higher if not for the extensive publicity drive which played a part in continuing to raise public awareness on the proper use of 995 and 1777. The total number of non-emergency and false alarm calls for 2021 decreased by 1.9%.

“SCDF is pleased the industry has recognised this campaign as one of the best examples of content marketing in delivering important public education messages, not only in an entertaining way, but in a format that also helped with the recall rate of the messages.”

John Ng, managing director, [email protected], commented: “We are encouraged by the positive results over the past three years, and we hope to continue to partner with SCDF for even more inspiring work that seeks to inform, persuade and change behaviours. When we combine sound media planning based on strong insights, and a spark of creativity, magic happens!”